European Summer Festivals 2012: The Cream of the Crop Part 2

It may seem hard to imagine with the abysmal weather and slight air of depression of late; however there are a number of better places with blue skies and amazing music just over the horizon…Yes it’s the rest of the best European Summer festivals that 2012 has in store, just take your pick. 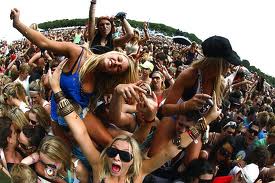 T in the Park
Famous for their epic line-ups which last year included headliners like the Foo Fighters, Coldplay, Arctic Monkeys and Beyonce, again this year – T in the Park will certainly not disappoint.

Hitting the stages so far for 2012 are major acts such as The Stone Roses, Snow Patrol, Kasabian and Florence & the Machine; along with the likes of Elbow, The Courteeners, Jessie J and Orbital. Regular band announcements may result in agonizing decisions for revelers of just who to see, although if it means choosing one band against another they will without doubt get value for money with this one.

T in the Park rocks on from Friday 6th until Sunday 8th of July.

Sziget, Hungary
Running for an astounding jam packed seven days, Sziget festival simply must be the most value for money music festival out there. With the Award for Best Major European Music Festival under its belt Sziget will undoubtedly live up to future expectations.

This year’s festival definitely boasts some of the best acts out there which include Placebo, The Stone Roses, The Killers,(Just announced)The Vaccines, Two Door Cinema Club, Glasvegas, Friendly Fires and for those dance fanatics The XX and Steve Aoki to name a few.

Seven days of musical bliss is an absolute steal at €200, or €45 for a day ticket; I know which one I’d be going for.

Sziget runs from Monday 6th until Monday 13th of August.

Electric Picnic
Ireland’s Premier Boutique Music Festival which nicely rounds off every Irish summer. Sometimes referred to as the “Irish Glastonbury,” Electric Picnic has something for everyone, boasting not only some of the greatest music acts of the moment but also comedy, film, arts and foods of the world.

With the noticeable absenteeism of the Oxygen and Glastonbury festivals this year 2012 looks set to perhaps be The Picnic’s biggest and most successful year to date. Holding the monopoly on this summer’s Irish festivals they now have the pick of the musical pot boasting such cool names as The Killers, The Cure, Grizzly Bear, Elbow, Orbital and the XX.

Early Bird Tickets are priced at €230 for camping and a Sunday Day Ticket will set you back €99.50.

The Musical Picnic runs from Friday 31st August until Sunday 2nd of September.

Roskilde European Music Festival, Denmark- Denmark’s first real music festival is quite unique in that it is run by the non-profit Roskilde Organization for development and support of music, culture and humanism.

For this reason it undoubtedly adds incentive even before the announced line-up that will include Bjork, The Cure, and Bruce Springsteen & The E Street Band, Bon Iver and Friendly Fires.

Reading/ Leeds
The Leeds/ Reading festivals run simultaneously over the English August Bank Holiday weekend offering a mixture of mostly the same bands, so whether you’re up or down the country you won’t miss out.

Appearing this year are a blend of festival veterans to include Foo Fighters and The Cure along with the latest bands comprising of The Vaccines, Florence & the Machine, The Black Keys, The Courteeners and many more.

A weekend camping ticket will set you back around £205, or if you’re a lightweight you can always purchase a day ticket for around £90. 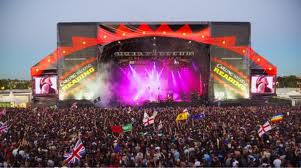 Posted on June 6, 2012, in Uncategorized. Bookmark the permalink. Leave a comment.